Wow, what a week! We started out arriving in Phoenix last Saturday. Not many Mountaineer fans to be found until about Tuesday before the game. Usually the Mountaineer bowl experience includes the chant of LET's GO .....Mountaineers everywhere you go but not this time. It was unusually quiet and Oklahoma fans were everywhere.
Media day was alot of fun, the team was very relaxed and the stadium was state of the art. They are putting everything in place for the Super Bowl coming up in a few weeks. 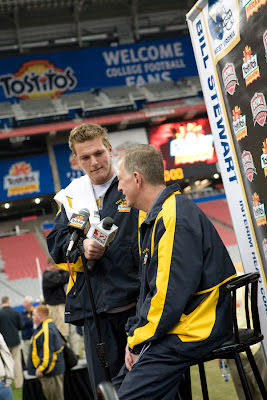 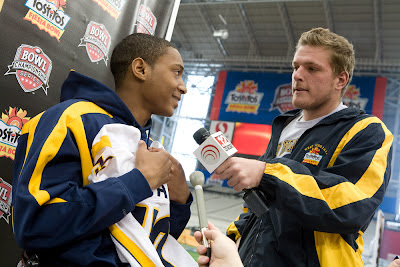 Then came game day.......the pre game tailgates were nice but we seemed to be way out numbered by the Sooner fans. 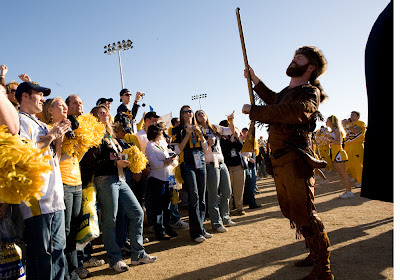 Brady Campbell fires up the crowd of Mountaineer fans before the game.
The seats filled up with a respectable number of blue and gold fans , the team took the field
and when time ran out the Mountaineers were victorius by 20 points in what I'm sure will
be called one of the top football games in Mountaineer history and certainly the most exciting BCS Bowl game this season. 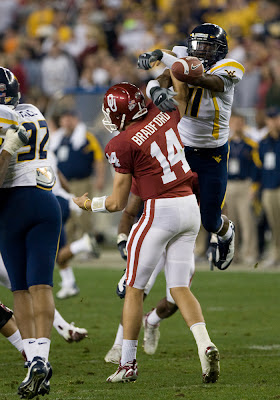 One of several sacks on Sooner Quarterback Sam Bradford. 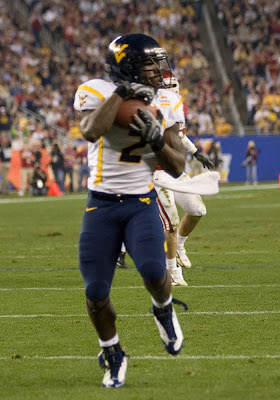 Darius Reynaud scores with no Sooners in site. 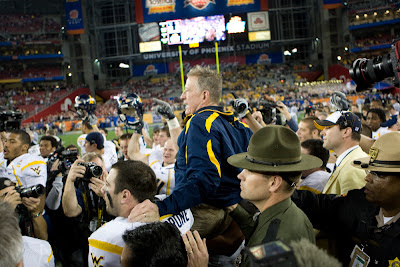 Coach Stu gets a ride after the game. 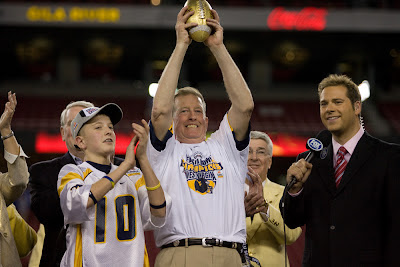 Coach Stewart celebrate the victory with his son and a few thousand of his new Mountaineer fan best friends. 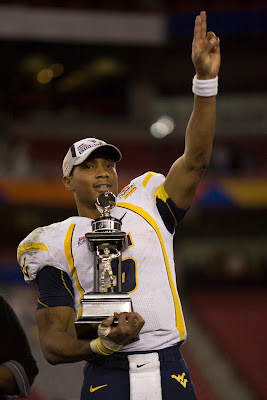 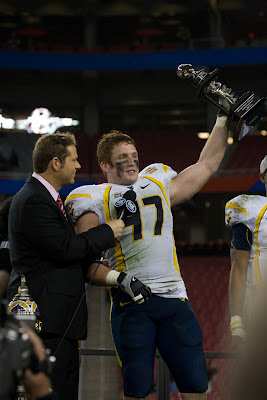 Pat White and Reed Williams show of some new hardware. 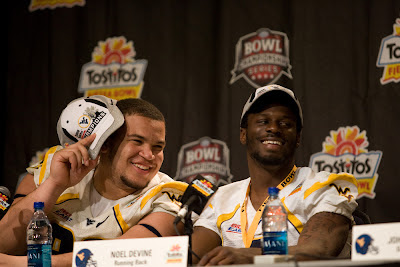 Keilen Dykes and Noel Devine are all smiles at the post game press conference. 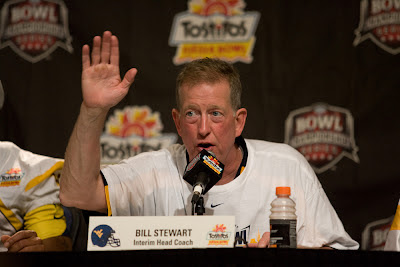 Coach Stewart makes his point after the game.

We are now in Tampa and will be attending Imaging USA this week.
The class line up looks good with plenty of Photoshop classes. I'm
looking forward the most to hearing Sports Illustrated photographer
Peter Read Miller's program on Tuesday.
Posted by Brent at 4:58 PM No comments: