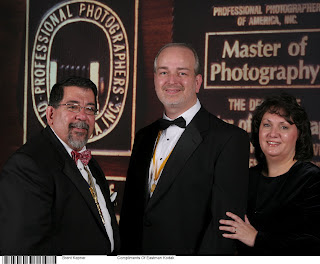 Wow! What a weird week! We arrived on Friday, short sleeved shirts, eating dinner outdoors on the balcony of a typical San Antonio Riverwalk restaurant. 24 hours later, coats and ice, roads closed down and ice everywhere! And that was the weather story for the rest of the week. I could have stayed home for weather like that... but it was still alot of fun. The usually bustling Riverwalk was very quiet and I did get a few nice shots of the ice that formed on almost everything.

The Imaging USA convention was quite educational. I was able to attend many seminars taught by some of the leading photographers in the world. Celebrity wedding photographers Denis Reggie and Joe Buisink both gave very informative programs. I sat in on a couple other classes on photographing seniors and children and I was also able to take in some Adobe Photoshop seminars. The tradeshow was good but I didn't find any new earth shattering products that I couldn't live without.

The highlight of the week for me was the awards ceremony where I was presented with my Master of Photography degree by my lovely wife Christie and PPA President Michael Taylor.

Since the weather was so bad and the airport was such a mess we stayed an extra day and took in a San Antonio Spurs game against the LA Lakers. Lakers won in the last seconds and Kobe had over 30 points.
Posted by Brent at 8:39 PM No comments: 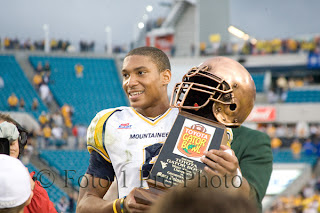 One of my New Years resolutions was to improve my website and one way is to create a blog!
So here we go into 2007. Lets see how long I can keep this thing updated....

The year has started out on a great note!
The Mountaineers defeated Georgia Tech in the Gator Bowl!
It was the third time to photograph the Gator Bowl in the last 4 years and the first win.
I still think last years Sugar Bowl victory was the most exciting. It was definitely a great day to be a Mountaineer.

We had a great time in Jacksonville and got some real nice shots of the game.

I may post a few as soon as I figure out how this works.

We mixed a little pleasure with business and took side trips to Savannah, Georgia and

St. Augustine, Florida. Both were filled with historical sites and I definitely need to go back and spend more quality time with my camera at both locations. 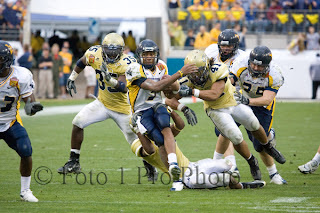