I have been covered up lately shooting anything and everything. Families, Children, Seniors, Football, Basketball, Cheerleaders and of course Christmas portraits already.
Never a dull moment. I've recently been described as the ADD photographer since I don't really concentrate on a single subject.
Here are some WVU Football shots taken by myself and my family members.
This one was taken by my son Kris. It was his first WVU football game as a student and
he got to shoot it from the sidelines with me. Not a bad gig for a freshman! He did a real
nice job. 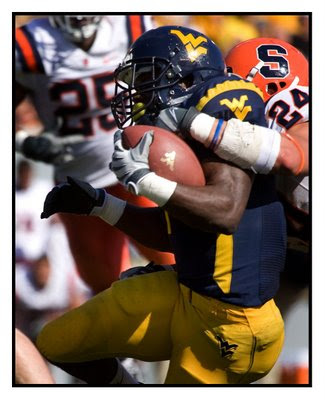 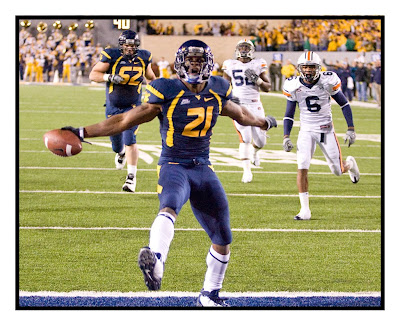 The above image was taken by my son Greg who was setup in the end zone and I took the image below from the sidelines at exactly the same time. 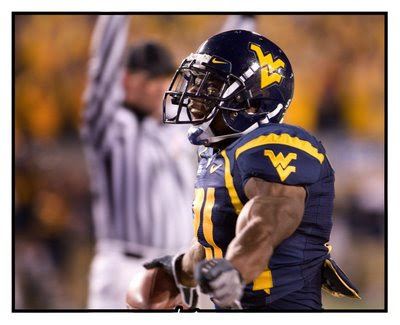 The image below is one of the favorites I have taken this season. 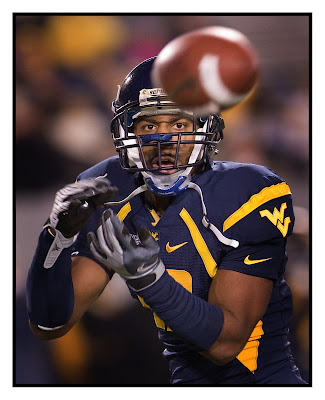 The image below is the best Pat White photo I have ever seen and unfortunately I didn't take it. My wife Christie captured this one. Everything is perfect the stance, the light on the face, the logo on the football is perfectly placed and the black stuff coming up from the turf. I have literally hundreds of great Pat White shots after four seasons but this one is awesome. I printed it on metallic paper and framed it last week for my collection. 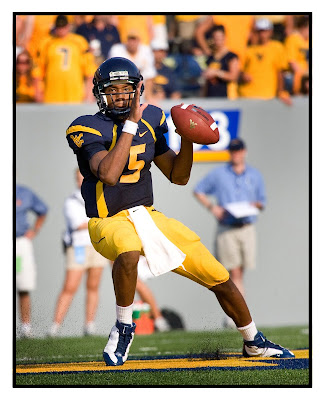