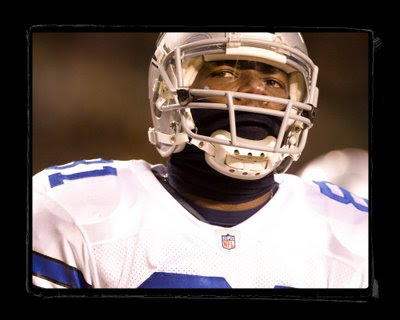 T.O. not a happy camper after the Steelers pull off a last minute victory on a very cold night. 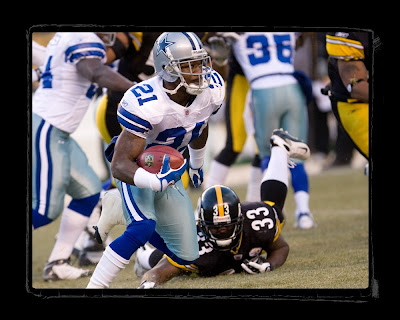 Pac Man is back or is he? First game back from suspension, the former Mountaineer was doing real well until he got smashed, this time on the field. It happened about 10 yards in front of where I was. He was physically crushed into the bottom of the pile on a kick off return attempt. The whole Steeler defensive line was on top of him and all the sudden one of them pulled him out of the bottom like a limp rag doll. He came back in later in the game but I guarantee he was hurting worse than any hangover in the morning. 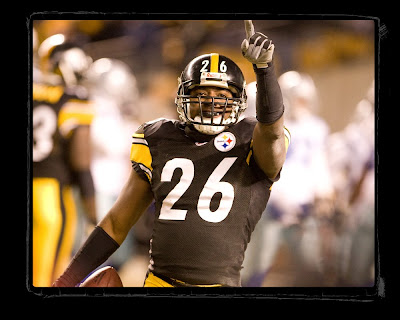 Steeler Deshea Townsend shows his true feelings after making the game winning play.
Heading down to Charlotte to shoot the Meinke Car Care Bowl, WVU Vs North Carolina.
It should be an event. Hopefully I will have victory photo's to post! Go Mountaineers!